Is madness part of the essence of the Tropics?

Part of the reason for keeing this blog is to uncover what the essence is or universal features of the Tropics are. The power of nature and colour has come up so far – but let’s be more provocative – is madness also an inescapable part of the Tropics? The pre-eminent chronicler of the Tropics, Joseph Conrad, wrote The Heart of Darkness describing the descent into madness of a ivory company representative called Kurtz – a state in which the locals were seemingly already in. The most memorable bit for me was this:

He cried in a whisper at some image, at some vision—he cried out twice, a cry that was no more than a breath:’The horror! The horror!'” 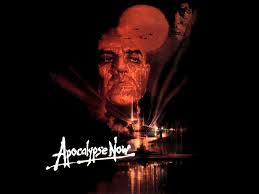 The book was re-imagined by the director Coppola in another tropical setting on another continent – in Vietnam, in Apocalypse Now – one of the greatest films ever made. The images of Kurtz – now a colonel – raving in the temple are similarly powerful. But is this just a temperate caricature of our home? Are the Tropics really mad?

Exhibit A: To run amok [beramuk] – a Southeast Asian phenomena of madness-induced killing sprees and a recognised mental health phenomena. There’s a great page I came across on the web – Culture Specific Diseases. These appear to be largely tropical phenomena and mental health related  in nature. The more you read about beramuk and its relatives elsewhere, the more it appears to be something universal and also tropical. But is it even real? There’s an awesome website called The Other Malaysia run by Malaysian scholar activists that is worth checking out. On it Rajen Panikkar eloquently calls bullshit on the “Culture Specific Diseases” phenomena.

Exhibit B: In this fascinating graph, violent crime in the Northern Territory peaks during the build up and falls off rapidly elsewhere. Fifty percent of homicides in the Top End occur during the build up season. According to James Cook University’s Professor Sarnyai:

The Global Burden of Disease database has some unpublished data that indicates that tropical countries have had an increase in a burden of mental health and substance abuse disorders that exceed the increase in non-tropical countries by 20 per cent, but these results are only preliminary.

The whole build-up season in Darwin is referred to as “the silly season” and locals talk of “mango madness”. If madness is indeed part of the tropical experience – how do we respond? Beramuk is caricatured as understandable, maybe even acceptable. Dare we embrace the madness that is part of the essence of the Tropics? Or should we just subsidise air conditioners and reduce the homicide rates…

Live in the tropics, learn from each other, treasure our special places. horizontal not vertical linkages. just playing in the sandpit at the moment. View all posts by the_tropicalist